THE BUSINESS OF The marches and demonstrations in Mexico will have a spectacular rebound next Sunday, when the transport of almost a million people from all over the country invades the CdMx.

It is estimated that the cost of the so-called “counter-march” of President Andrés Manuel López Obrador will be approximately 1.5 billion pesos, resources that will come from the public treasury.

In addition, the payment for hotel, food and per diem in general, as well as support tools such as t-shirts, caps, pennants and banners, is around 20 million for every 10 thousand people.

Each truck alone costs an average of 24,000 pesos for a round trip, in addition to a per diem of 1,000 pesos per person to cover the stay, meals and support for the effort to be present.

Meanwhile, the nearly 300,000 people expected to come from CDMX and the metropolitan area will cost between 2 and 3 million pesos for every 10,000 protesters contributed to the support march.

The “counter-march” next Sunday is a demonstration organized and promoted from the pinnacle of power in Mexico, which is represented by the tenant of the National Palace.

It will be carried out by governors, mayors and other leaders of the Morena party, using public resources, to resume social mobilization that has been slow for the four years of the 4T government.

In the last three decades only Jose Lopez Portillo He called a march as acting president to mobilize his PRI supporters and justify the nationalization of the banks.

On March 22, 1938, General Lazaro Cardenas He promoted a march in support of the oil expropriation: some 250,000 people gathered in front of the National Palace to support his decree.

López Obrador will remove the presidential sash and resume party leadership ahead of the debate in Congress for political reform where he intends to control the INE and pave the way for his candidate.

With Sunday’s march, AMLO wants to show his political muscle and demonstrate that he has broad popular support, discrediting the result of the citizen mobilization of November 13.

There is a lot of videotaped evidence that the Morenista governments in the states and municipalities are spending millions of dollars in public resources to fill the Zócalo of the capital with trucks.

But given the use of these public resources, the INE does not have the capacity to maneuver, because no objective or electoral approach has been openly mentioned.

However, the mobilization of the day after tomorrow by itself is inscribed in the context of the presidential succession in 19 months, when there will be votes to renew the Presidency, the federal Congress, nine governorships and 30 state congresses. 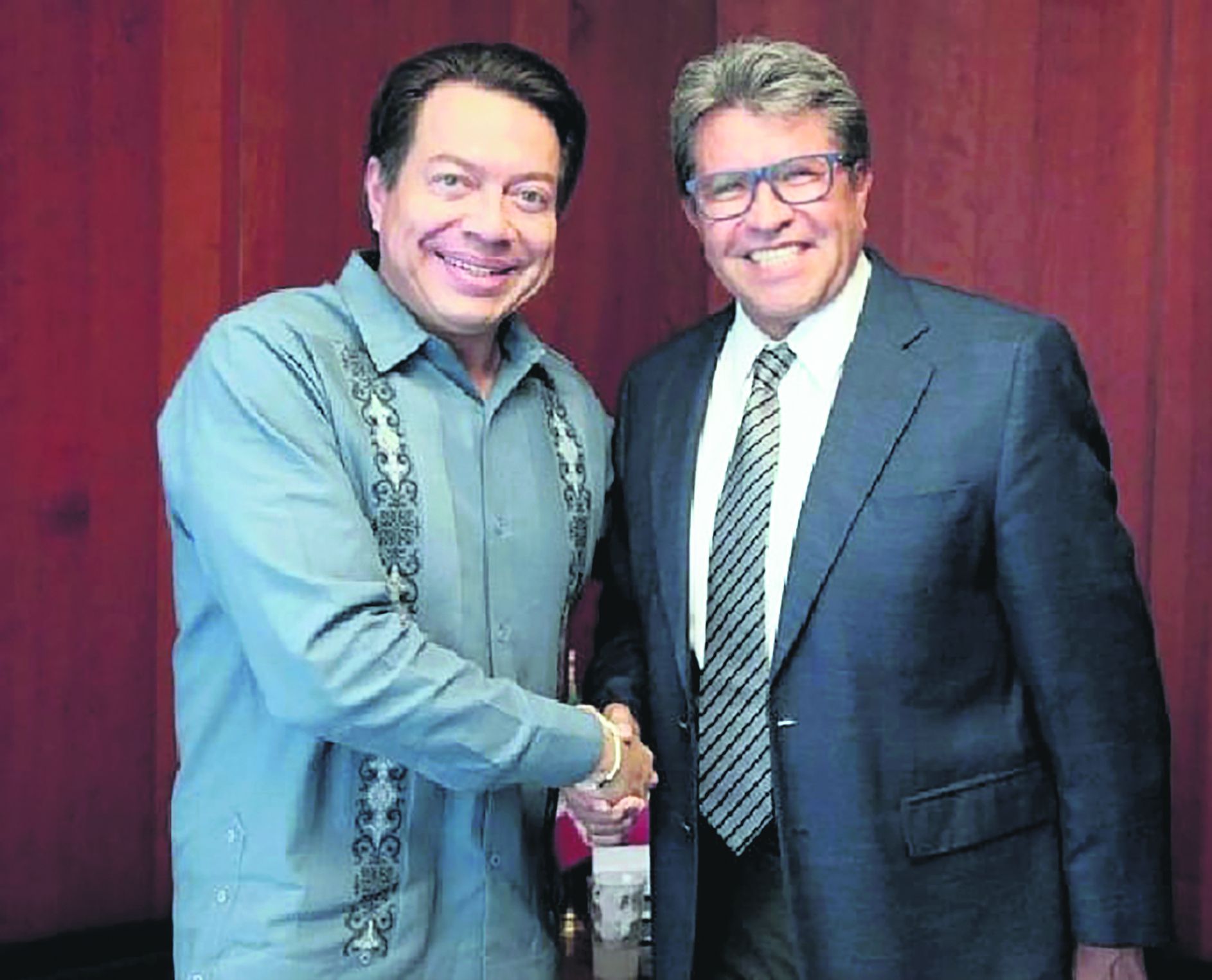 “WHAT DO YOU OFFER ME?if Mexico City is already lost?”, released a Ricardo Monreal. on the other side was Mario Delgado, national leader of Morena. The approach was made several days ago. A proposal in more or less the same terms also gave him a glimpse of the Secretary of the Interior, Adam Augusto Lopez. “Get off (from the Senate) and go to CdMx”, has been the veiled suggestion of the leader of the party in government and the main political operator of Andres Manuel Lopez Obrador. These exchanges transpire just as the Zacatecan endures the shrapnel of his own bench in the Senate and days after he announced his departure for December or, as he himself sings, “for April or for May.” Monreal is going to be the only pre-candidate for the Presidency that will break with Morena. Marcelo Ebrard AMLO will end up being disciplined and will be the leader of the Morenista bench in the Senate in 2024. At the same time. The question is for when Monreal resigns from the cherry party.

I REFERRED YOU YESTERDAY who make up the first circle of the President. The one who has been behind the radicalization of Andres Manuel Lopez Obrador and that he will lead his decisions from here to the delivery of the presidential sash. The Tabasco made the decision to close himself to other voices 18 months ago, when the middle class responded to the call of the Va por México alliance and took half of the CdMx and several places in the country from him. The ultra-radical group, he told him, is made up of executing public policies Adam Augusto Lopez Y Claudia Sheinbaum. And like voices in his wife’s ear Beatriz Gutierrez Muelleryour son Andy Lopez Beltranyour spokesperson Jesus Ramirez, Epigmenio Ibarrathe money of the day raphael The Snoop decksthe writer of the day Peter Michael and the head of the Financial Intelligence Unit Pablo Gomez. The rough wing of the 4T is ready for the “mother of all battles”.

THIS WEDNESDAY ALEJANDRO Vivanco Alarcón, Gerardo Álvarez Morphy Alarcón and Oscar Alarcón de Zamacona denounced for intentional homicide of Roberto Vivanco Alarcon to his uncle, the businessman Gabriel Alarcon Velazquez. The accusation was filed at the CdMx Attorney General’s Office, in Ernestina Godoy. The notice states that at the end of March 2022 Alejandro and Gerardo were at the home of Cerro de Mayka 335, Lomas de Chapultepec neighborhood, when Oscar arrived around noon, who told them that his father, Oscar Alarcón Velázquez, had assured that “Gabriel (Alarcón Velázquez) wants to have Gerardo (Álvarez Morphy) killed, that he is going to have him assaulted and killed, that he will not leave this problem to his daughters when he dies, that since he did not leave Roberto I live in trouble”. 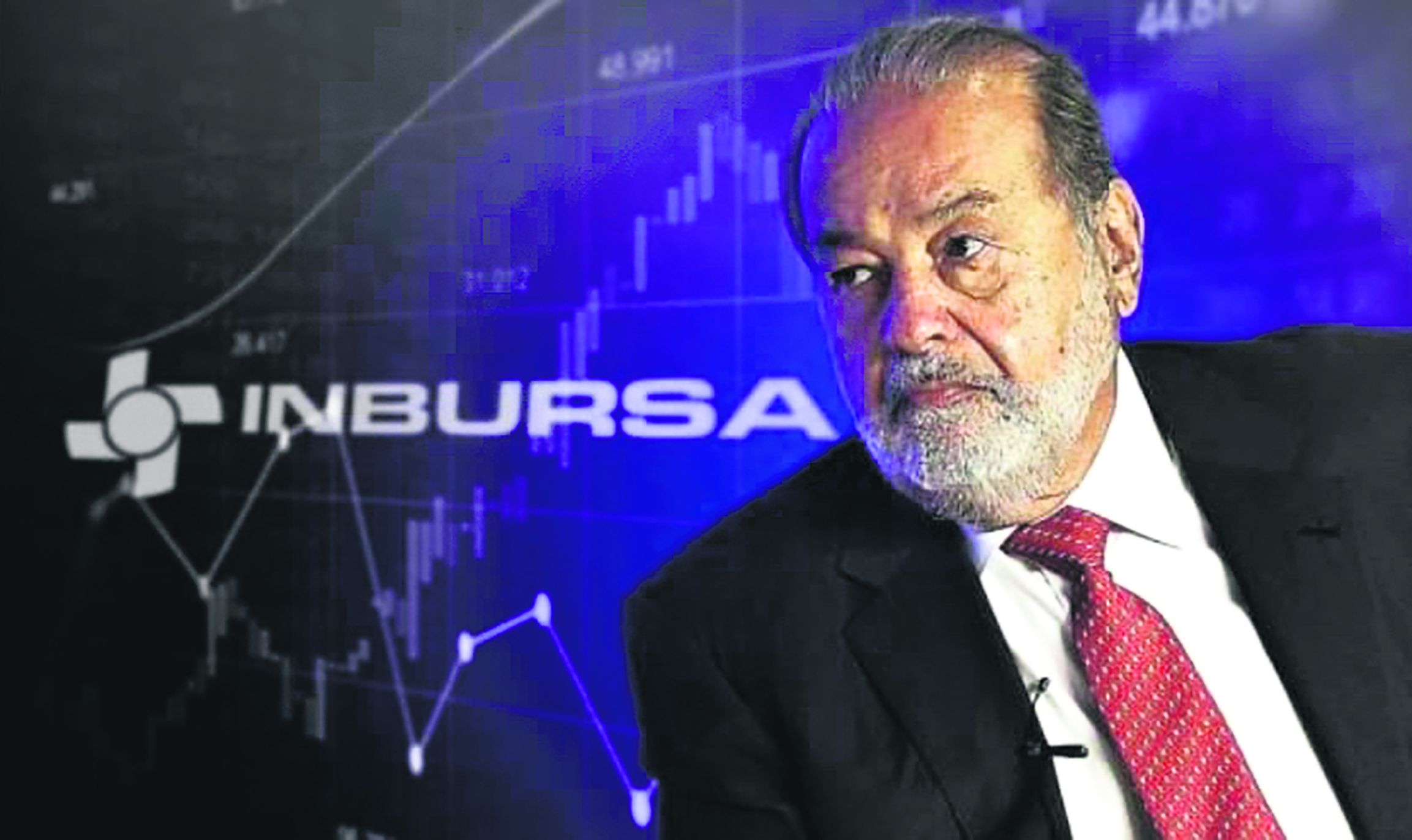 THE PROPOSAL WHATAnd he did Carlos Slim and his bank Inbursa for the assets of Citibanamex did not even reach 2 billion dollars. It was a non-binding offer that was delivered to Citi four months ago, around July, when Santander, from Ana Botinlaunched its own offer, also non-binding, for almost 6 billion and that so offended the hosts of jane fraser to such a degree that they were expelled from the bid. But in the case of Inbursa and Slim, the bank that runs Manuel Romo He didn’t make noise either, let alone a hot dog. So things.